Welcome to Beijing, the capital city of China–a nation known for its obsession with food.

To withstand the biting cold winters in the North-eastern city, Beijingers love to feast on hearty dishes that are salty, oily, and robust. Their tastebuds are also influenced over the centuries by the dramatic rise and fall of countless leaders, emperors, and dynasties.

The city has a history of over three millennia, and ancient heritage sites and places of interest like the Forbidden City, Temple of Heaven, the Ming Tombs, and siheyuans (Beijing’s traditional family homes) are just some of the physical remnants left behind from those tumultuous times.

Indelibly influenced by its heritage and culture, Beijing cuisine contains culinary traditions and dishes from other parts of China, and more importantly, imperial fare that originated from the emperor’s kitchen.

Curious to sample some of these iconic traditional dishes? Read on to learn Pan Pacific Beijing’s recommendations on what food to try in Beijing. 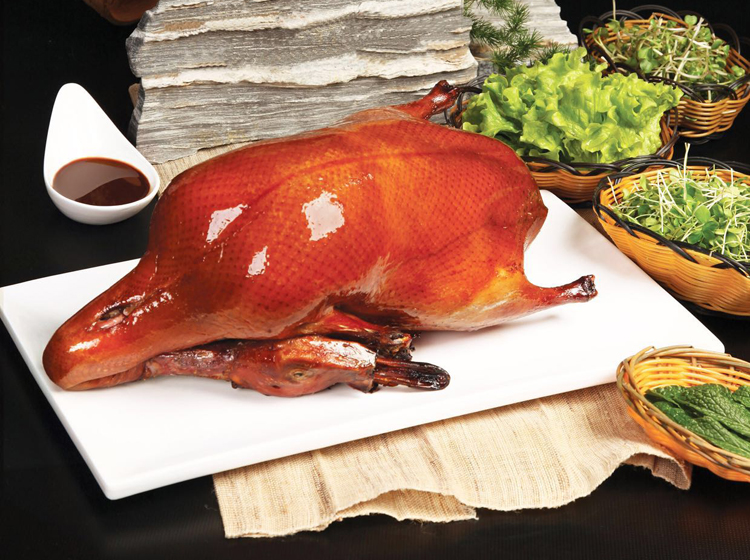 Testimony to the popularity of Beijing Roast Duck among the upper classes, scholars, and poets of Beijing society, this national dish inspired countless literary works singing its praises.

Originating centuries earlier as an imperial dish during the Ming Dynasty (1368 – 1644), the popularity of Beijing kao ya (its Chinese name) spilt over the walls of the Forbidden City when the first restaurant to specialise in the dish opened in 1416 in Beijing.

Why is everyone raving about this dish? Imagine slices of crispy skin with aromatic melt-in-your-mouth duck fat, and soft flavourful meat wrapped in small crepes with spring onions and sweet bean sauce. Enthusiasts claim that every bite brings you one step closer to heaven. 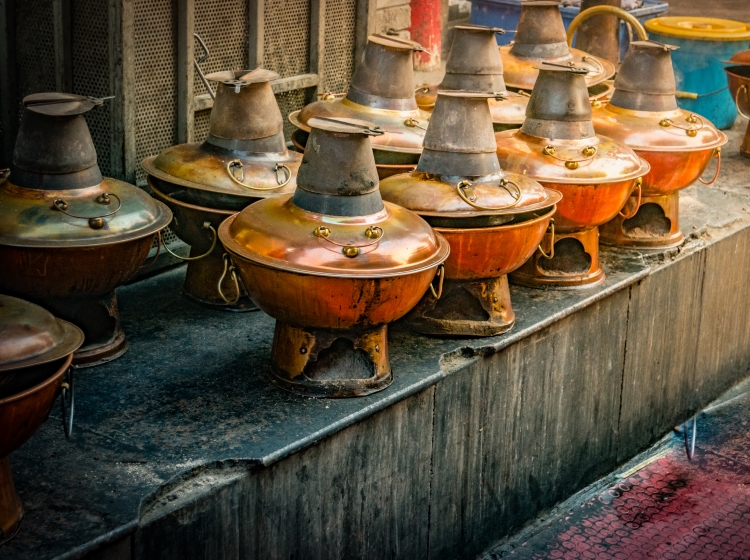 Wish to dine lavishly like a Qing emperor without burning a hole in your pocket?

Commonly found in the city, hot pot was voted the top local must-have by the Pan Pacific Beijing team. Allegedly one of Qing dynasty Emperor Qianlong’s (1711 – 1799) favourite imperial dishes, legend has it that he would have hot pot (aka huo guo) at every meal.

Apparently, both Qianlong’s son and successor Emperor Jiaqing (1760 – 1820) and the inimitable Empress Dowager Cixi (1835 – 1908) were said to be very fond of huo guo. The former ordered more than 1,500 tables of hot pot to celebrate his coronation, while the latter indulged in the piping hot meal during the harsh winter months. She even added chrysanthemum flower petals into the broth, believing it would help in her beauty.

While the nobility had a personal pot of simmering soup stock, the trend these days is for diners to share a big pot at the table. A multitude of fresh ingredients—thinly-sliced meat, succulent seafood, mushrooms, wontons, tofu, and leafy vegetables—are added to the pot and consumed immediately with a spicy dipping sauce when cooked.

These days, the popularity of hot pot has less to do with royalty emulation; diners simply enjoy the inexpensive and vast variety of ingredients, and the warm feeling of communal dining.

Warning: this beloved traditional Beijing street food is not for travellers with weak stomachs.

Containing tofu, pork meat, and pork offal such as intestines, lung, and liver, the dish exudes a strong porcine fragrance that some may find off-putting.

Despite its powering aroma, locals simply love this dish. In the 2009 book The Flavours of Beijing by local writer Cui Daiyuan, he matter-of-factly described it as “a food that allows the poor people to experience the superior life.”

That is because luzhu huoshao originated as a palace dish for Emperor Qianlong . In trying to emulate the emperor’s posh nosh, the common people replicated the dish with cheaper ingredients, substituting the pricier pork belly with offal. A type of Chinese flatbread is also soaked in the stew for a fuller meal. 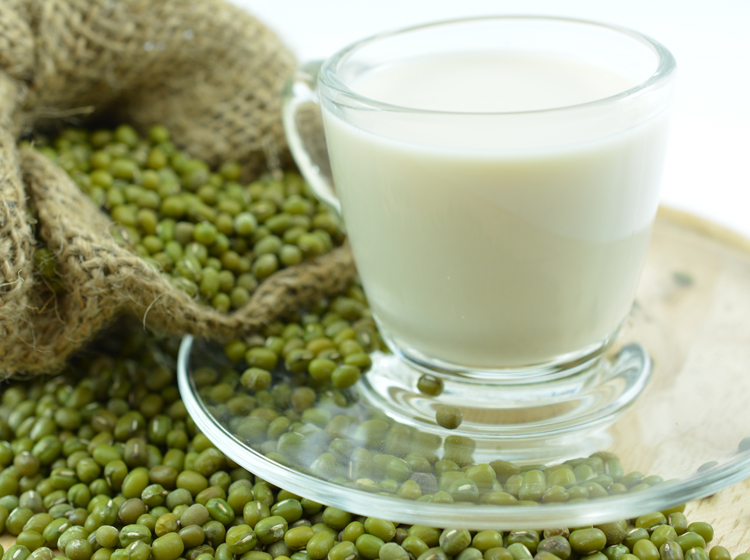 There is a saying that you have not been to Beijing if you did not try douzhi.

Not to be confused with doujiang, or soy milk, douzhi is a distinctively Beijing beverage with 300 years of history. A fermented by-product from the production of glass noodles, the drink has a piquant scent and is sourish, lingering on your palate with a slightly sweet aftertaste.

While it is an acquired taste for foreigners, the locals swear by it and believe it helps to soothe the stomach and dispel body heat and toxins.

Interestingly and unlike the previous dishes mentioned above, the drink first originated with the commoners before its popularity reached the ears of Emperor Qianlong in 1754. (Yes, we are talking about the same emperor responsible for Beijing’s food craze.)

Intrigued, the emperor ordered a few bowls of douzhi to be brought into the palace, and tried it with his officials. They enjoyed it thoroughly, and that was how it became a palace beverage.

Sampled the above imperial dishes? Why not dine within the vermilion Forbidden City walls itself?

Located just beyond Shenwu Men (or Gate of Divine Might) of the former imperial palace, Café by The Forbidden City (故宫角楼咖啡) is a quaint coffee house which serves a delectable selection of pastries and cakes.

Reproductions of the famous 1113 silk painting A Thousand Li of Rivers and Mountains by Wang Ximeng are draped on the cafe’s walls and ceiling beams. Considered one of the greatest examples of Chinese art, the actual 11.9 metre-long artwork is displayed in the Palace Museum.

A lovely place to rest your legs and soak in the long history of the palace, the café is located close to where 24 emperors have held court. Apparently, its distinctive gold-coloured cups (one of which is pictured above) have become trending items on social media—so remember to snap away when you are there.

Get directions to Café by The Forbidden City

Wondering what to do when in Beijing? Read our travel guides and contact our team at Pan Pacific Beijing on our latest offers on rooms and suites. 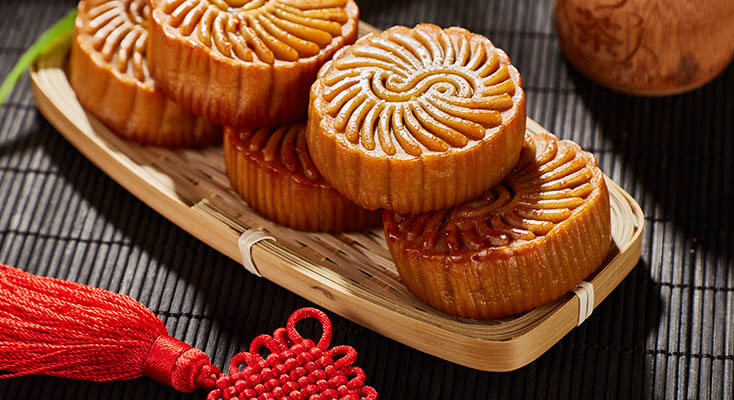 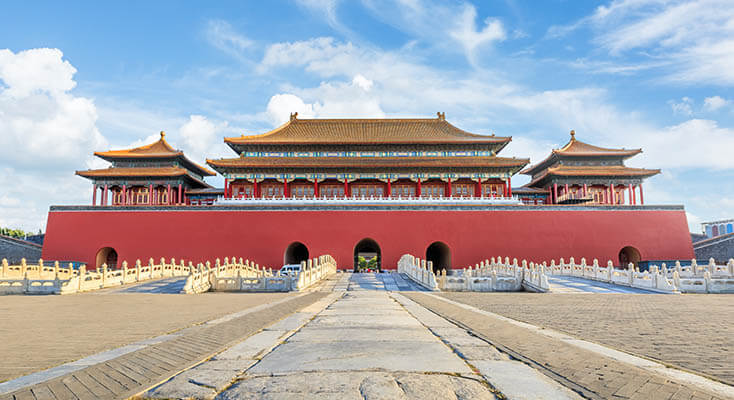 Beijing Holidays: Best Things To Do In China’s Capital 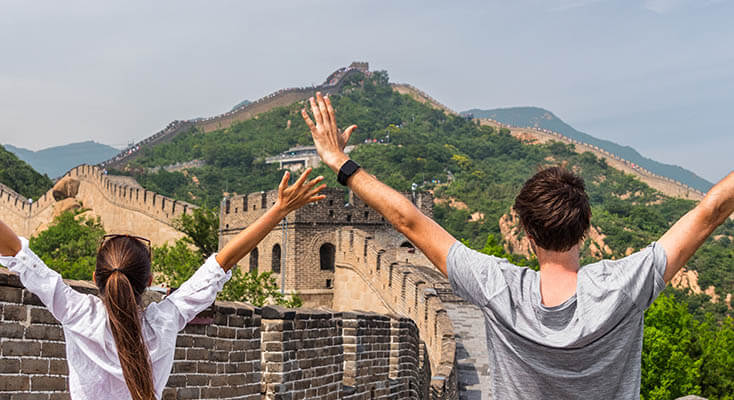