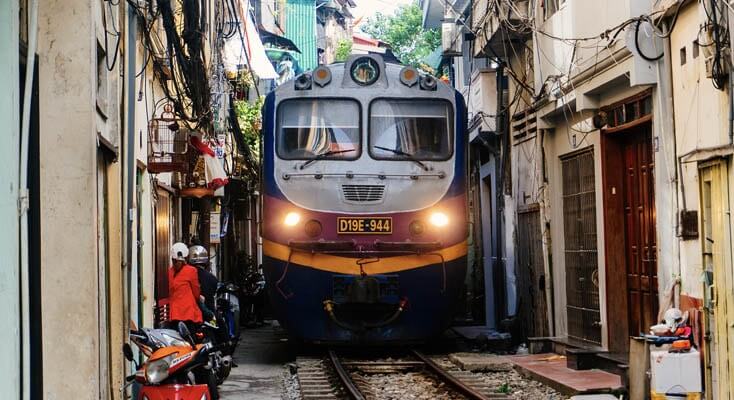 Is Hanoi a good place to visit for shutterbugs? Most definitely.

According to Vietnamese-American journalist Nguyen Qui Duc, who owns Tadioto, a bar and creative space in Hanoi’s Old Quarter, the city is “the old world, the new world, Buddhism and Confucianism, Catholicism, communism… and then you have Starbucks that’s coming into Hanoi now.”

For the camera-savvy traveller, Hanoi is a street photography haven where you can expect to capture distinctive scenes that tell captivating stories. Follow our Pan Pacific Hanoi team's guide to recommended Hanoi photography spots, so you can map out your own Hanoi photography tour and experience the best of Vietnam city life.

The Temple of Literature (Văn Miếu Môn) was established in 1070 by Vietnamese emperor Ly Thanh Tong, and it has been preserved as a tribute to traditional Vietnamese architecture. This is also the site of Vietnam’s first university, the Imperial Academy (1076­­–1779).

Dedicated to Chinese philosopher Confucius, the temple’s layout is almost an exact replica of the one at Confucius’s birthplace (Qufu in Shandong Province, China). Set in a rectangular complex, the serene temple grounds feature five walled courtyards nestled against lush gardens and reflecting pools.

Admission to the Imperial Academy was initially restricted to Hanoi’s elites. Over time, however, outstanding students from all backgrounds were accepted into the university to study Confucianism, literature, and poetry.

In the contemporary context, the Temple of Literature remains relevant as a paean to education—Vietnamese students today visit the temple to petition for good grades, while graduating students pose elatedly on temple grounds for commencement portraits. The temple also plays host to cultural and intellectual events such as poetry festivals.

Under French rule from 1873 to 1940 (and again from 1946 to 1954), Hanoi’s cityscape bears the indelible imprint of its colonial legacy. One of the first structures built by the French colonial government was St. Joseph’s Cathedral, which opened its doors in 1886, making it the oldest church in Hanoi.

Although weathered with age—a travel site describes a visit as being akin to “walking into 1886”—the cathedral is nevertheless a spiritual stronghold. It is the headquarters of the Roman Catholic Archdiocese of Hanoi and masses are held throughout the week; mass times are listed on a sign on the gates to the left of the cathedral. 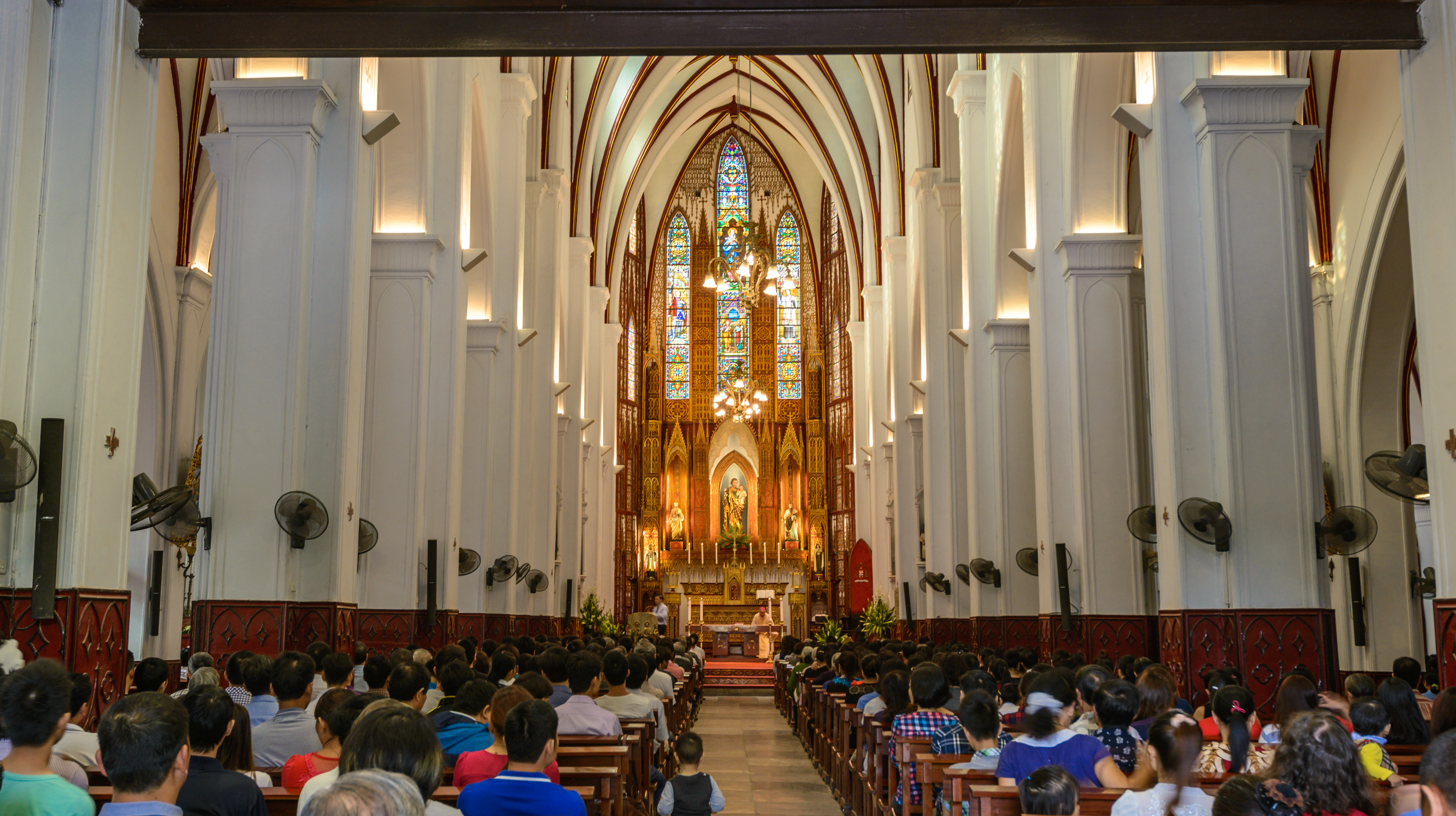 The exterior of the neo-gothic cathedral is reminiscent of the Notre-Dame Cathedral in Paris. Its most striking features are its twin bell towers, each an impressive 31.5 metres high. The interior is distinctly Western, with made-in-France stained glass and other Catholic artefacts. However, red and yellow (colours of the Vietnamese flag) also feature prominently in the cathedral’s interior design. 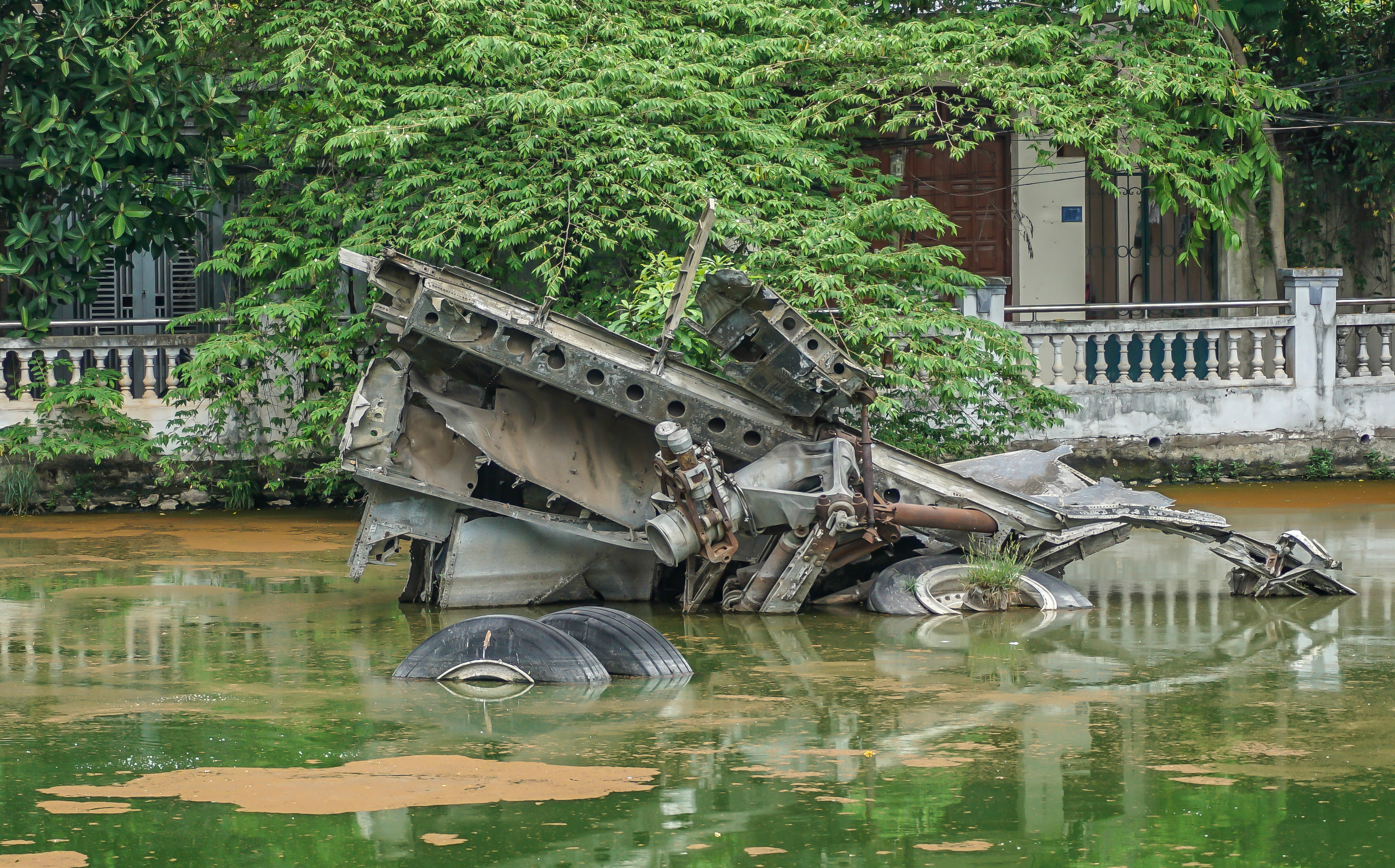 This is no ordinary lake. Informally known as the “B-52 Lake,” Huu Tiep Lake is the final resting place for wreckage from a US B-52 bomber plane shot down by the North Vietnamese using surface-to-air missiles in 1972.

The historic incident took place during the Vietnam War, back when the communist government of North Vietnam was in armed conflict against the US-backed government of South Vietnam.

After conflict resolution talks with the North Vietnamese fell apart, then-US president Richard Nixon launched “Operation Linebacker II” (also known as the “Christmas Bombings”) between 18 and 29 December 1972. His intent then was to destroy major military installations in North Vietnam and over 20,000 tonnes of bombs were dropped, mostly in Hanoi.

Following the bombing campaign, North Vietnam agreed to resume negotiations. This led to the signing of the Paris Peace Accords in 1973, which laid out the terms for a ceasefire between North and South Vietnam. American troops were also withdrawn from Vietnam. However, the Vietnam War only ended in 1975, after the North Vietnamese captured Saigon.

Hanoi’s perspective of these events is etched on a plaque next to the lake, where a caption champions the efforts at “defeating the US imperialists’ strategic air raid with B-52 bomber[s] against Hanoi… and creating an important change that led the Vietnamese people’s anti-US resistance for national salvation.” 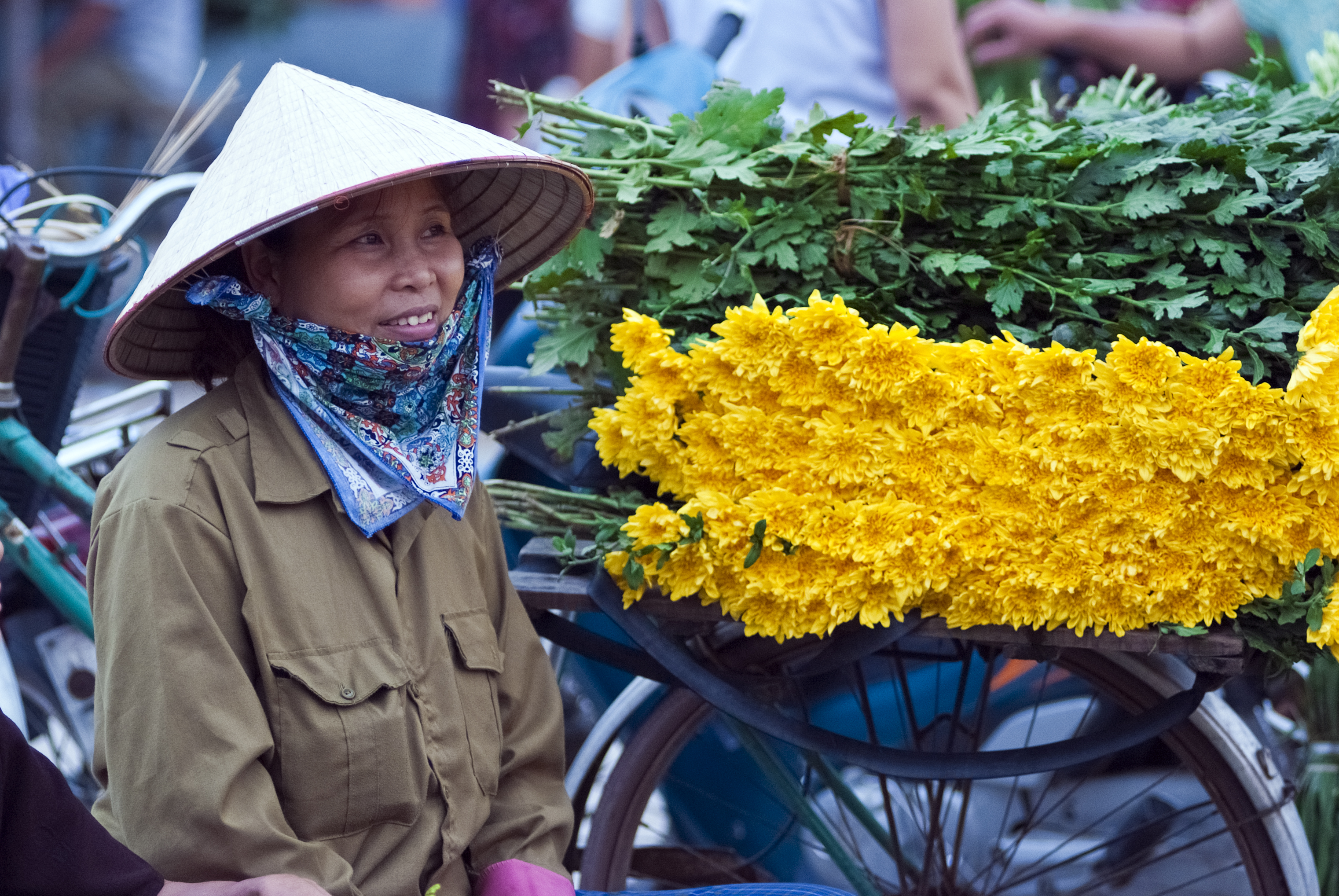 If colour and splendour are what you seek in your Hanoi photos, look no further than the world of flowers. In Hanoi, the 24-hour Quang Ba Flower Market offers a chance to experience the hustle and bustle of a wholesale flower market that never sleeps.

Feast your eyes (and noses) on cheerful blooms of sunflowers, chrysanthemums, roses, orchids, gerberas, lilies, and more. While you are here, focus your camera lenses on flower-laden motorbikes and trucks as vendors deliver their fresh blooms from the suburbs to retailers in the city.

Individual buyers can purchase flowers too—pick your favourite blossoms in a bundle, or look for the rare stall that sells floral arrangements. Visitors arriving in Hanoi at odd hours can also stop by the flower market to while away the hours (and capture vivid shots) before the sun rises. 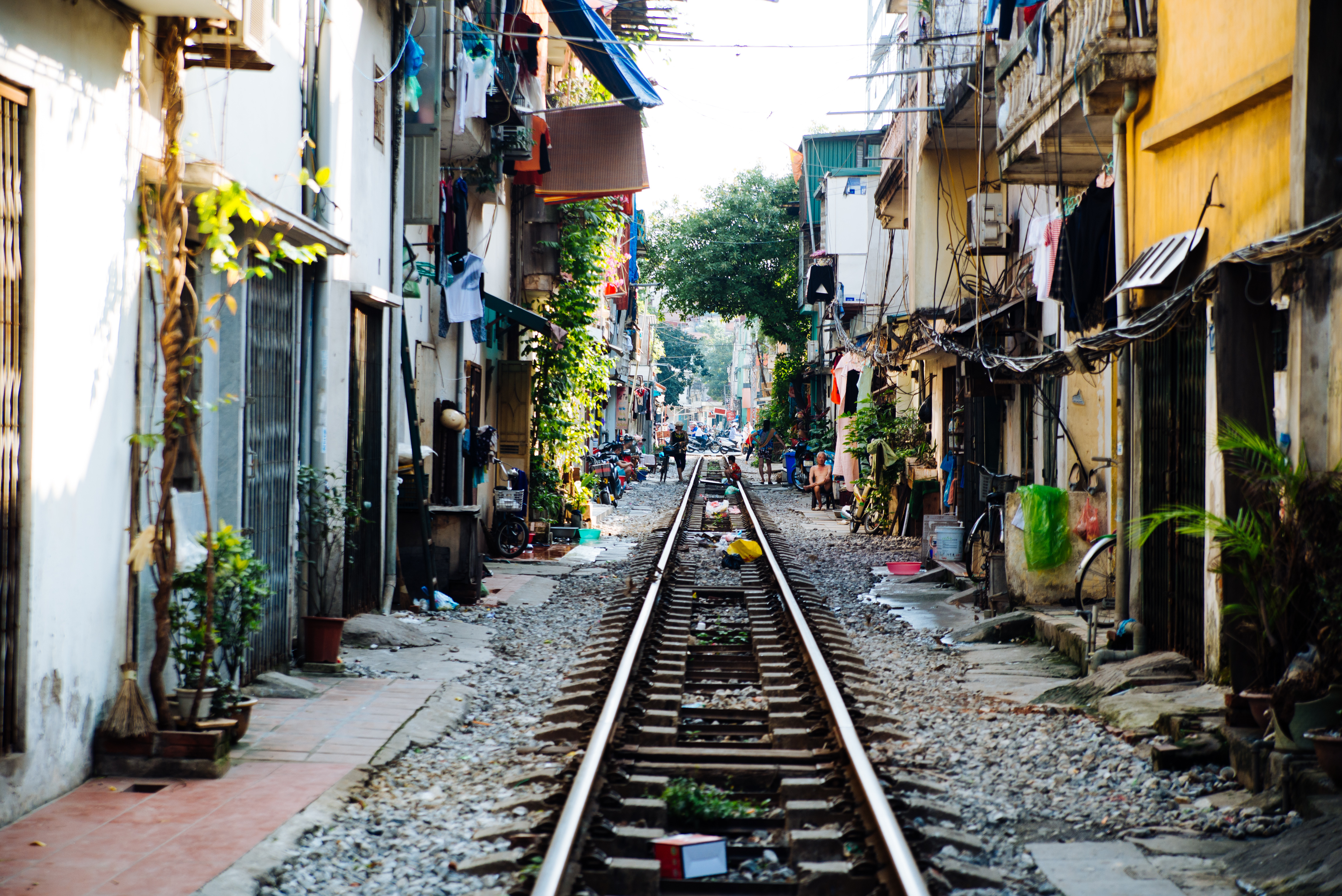 Here’s an uncommon sight: a train whizzing by on a narrow residential street, known as Ngo 224 Le Duan, located within the Hanoi Old Quarter.

Exercise caution when exploring the area, for there are no safety barriers or warning announcements. Like the residents, visitors should be alert to stay out of harm’s way when the train makes its two scheduled daily appearances, one at around 3:30pm, and another around 7:30pm. 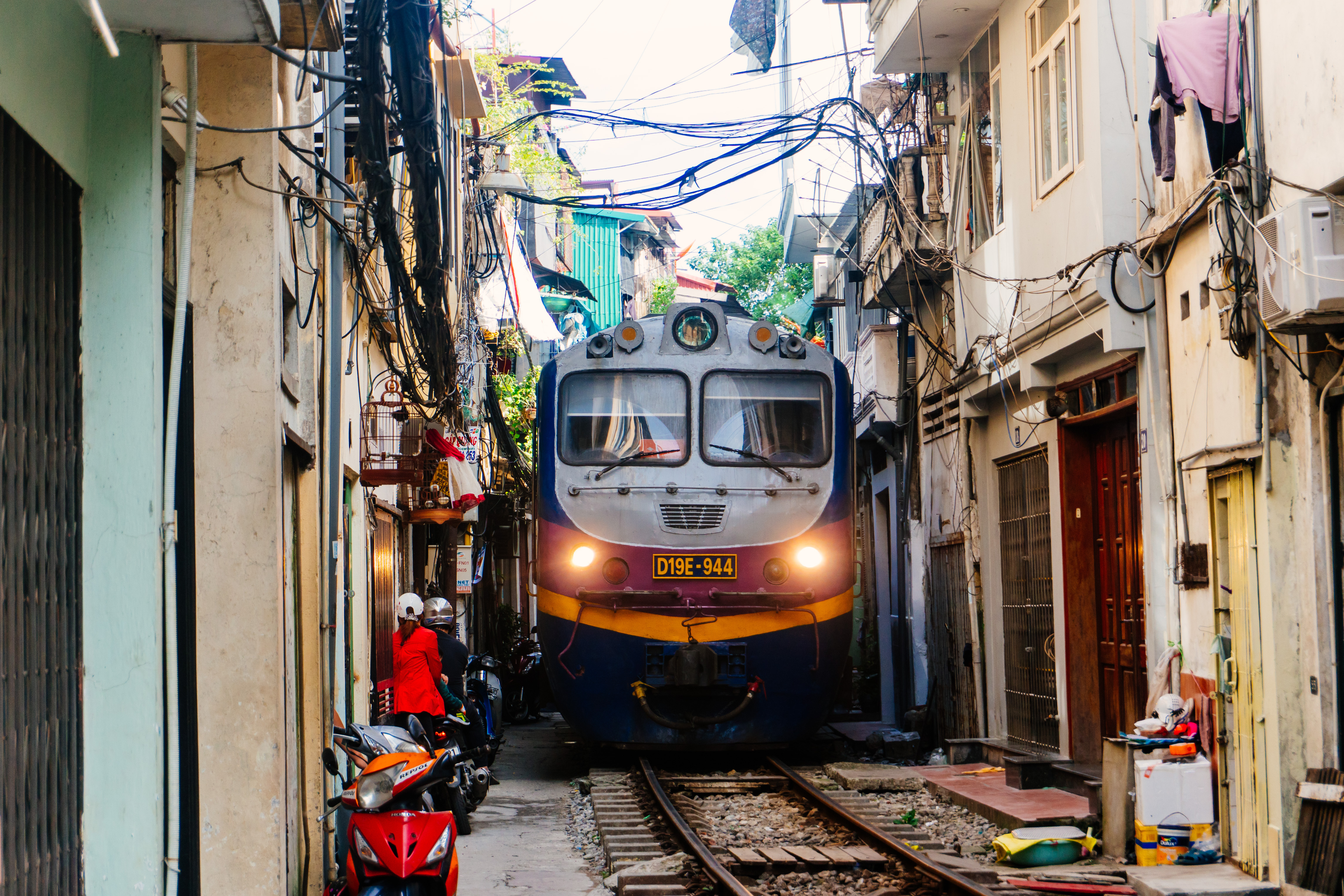 Photography buffs who have visited the area recommend arriving at about 3:00pm to familiarise yourself with the area and set up your camera gear to catch the train in action—not an easy task, as according to one account, “The train will have passed by before you have even blinked.”

But rest assured that this will be an experience to remember, and that “Train Street” will possibly rank as one of your favourite photography spots in Hanoi. 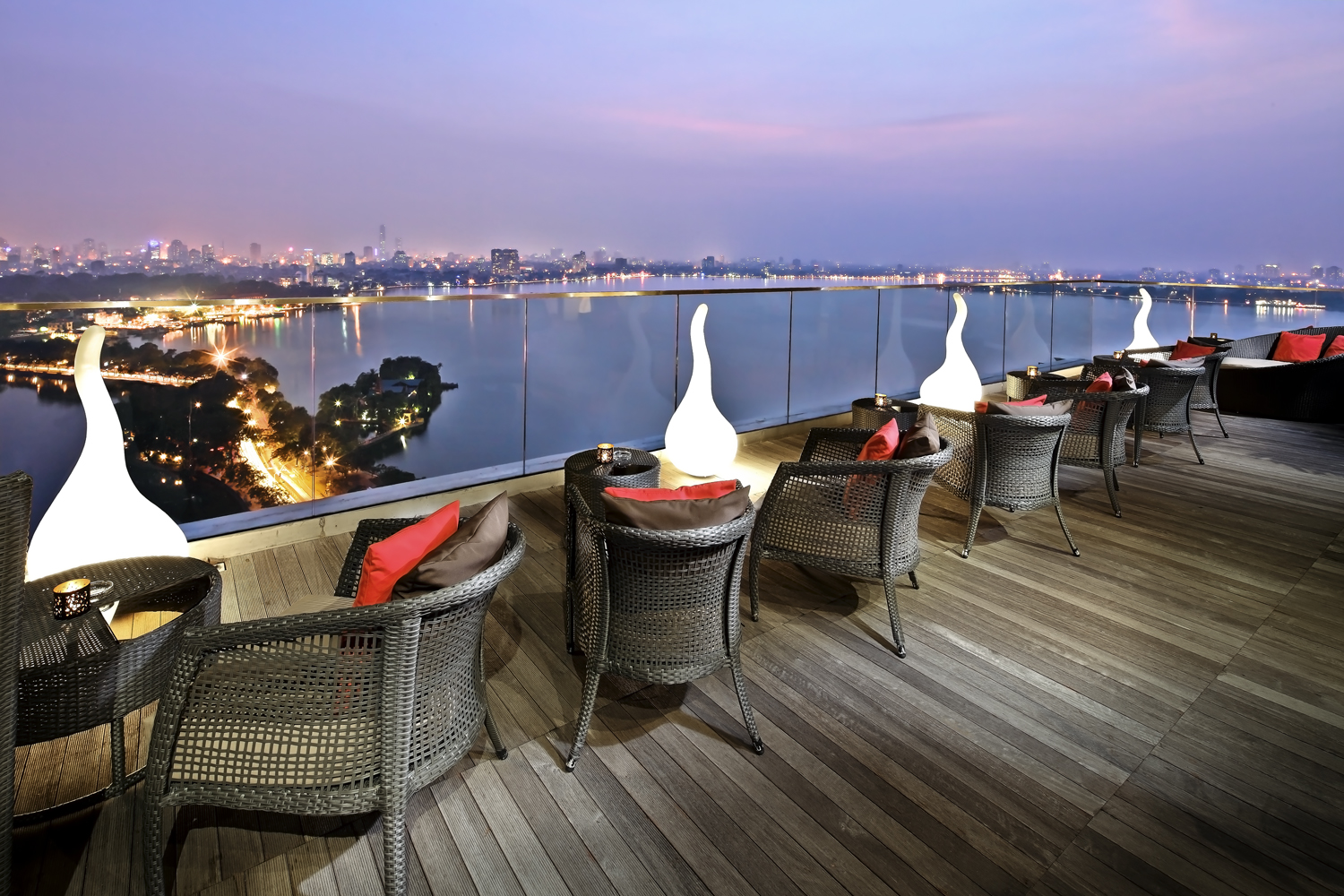 For a spectacular panoramic view of the city, head up to The Summit at Pan Pacific Hanoi.

There, you can enjoy Hanoi’s magnificent visage, and set up your camera lenses for that perfect skyline shot.

Ideal for evening cocktails or intimate conversations as you watch the sunset on Hanoi’s West Lake, this rooftop bar offers both indoor and outdoor seating.

Welcome to Hanoi! For your accomodation and travel planning needs on your Hanoi holidays, speak to our team at Pan Pacific Hanoi. 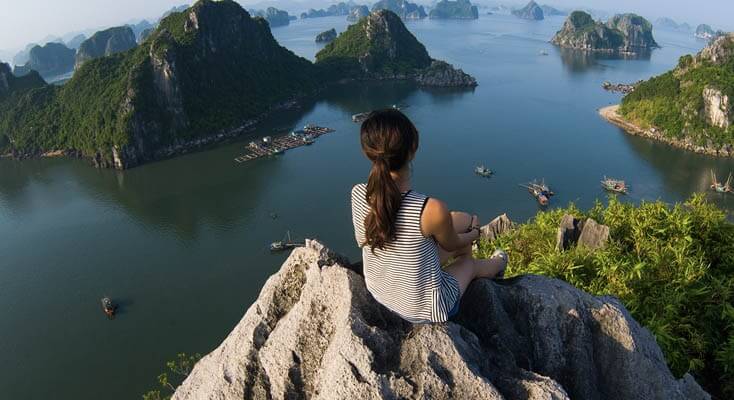 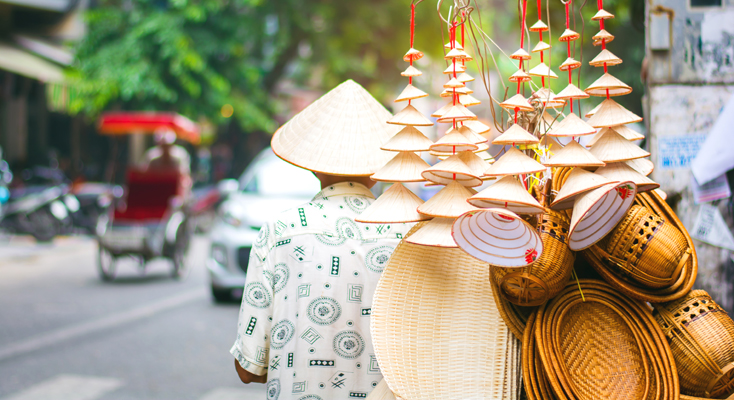 Hanoi Holidays With Kids And The Elderly 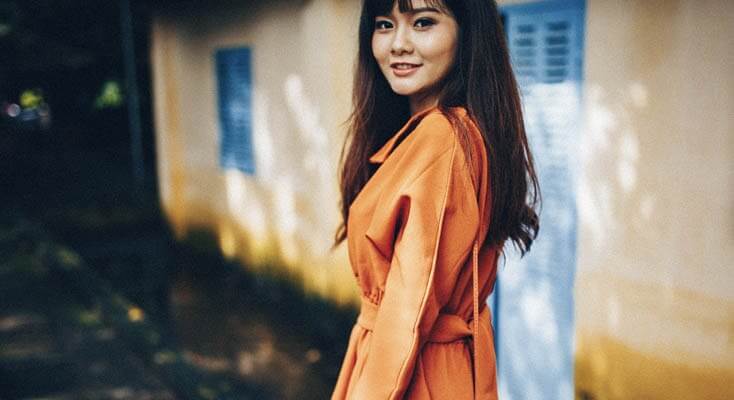